Arms Race is a roguelike experience that’s fast-paced, challenging, and consistently remixed by randomized elements. You’re stripped of all your gear, passive abilities, and Actions Skills and dropped into a new zone where you’ll have to get loot or die trying. The action takes place throughout the Stormblind Complex: an expansive, decommissioned DAHL military base. As soon as you drop onto the island, you're racing against the clock to grab the best gear you can find and get it to an extraction point before you’re obliterated by the encroaching storm.

If you hope to extract the very best Legendary loot that drops exclusively in Arms Race, you'll need to gear up and face off against Heavyweight Harker, the final boss of the Stormblind Complex. You can resurrect fallen co-op allies at designated respawn points, but if no one’s around to revive you, your run is over and any loot you failed to extract is gone forever.

The upcoming mini-events are available to all players who own the Designer’s Cut* add-on or Season Pass 2*, which currently includes Designer's Cut plus additional cosmetic content and will also include the all new Director's Cut add-on upon its release this spring. Both Season Pass 2 and the Designer’s Cut add-on are now available for purchase across PC, Stadia, PlayStation 4, PlayStation 5, Xbox One, and Xbox Series X|S:

Week one kicks off January 21 at 5PM GMT with the Clear Skies mini-event, during which the encroaching storm will take longer to close in. That means you’ll be able to safely explore even more of the map in a single run. In addition, all enemy types are more likely drop rare gear when killed during this event, so be sure to take down every enemy in sight.

Incoming! With the Extra Extra Extraction mini-event starting January 28 at 5PM GMT, Air Drops will have a greatly increased chance to drop DAHL Chests, creating more opportunities to score Arms Race-exclusive gear. Plus, extraction stations will offer additional slots, allowing you to extract even more gear out of Arms Race.

The third mini-event, Gear Rush, launches February 4 at 5PM GMT. During the Gear Rush mini-event, Rare Chests are more likely to appear in Arms Race, and the Green DAHL chests located at major points of interest in the Stormblind Complex have an increased chance to contain Arms Race-exclusive gear. But make sure you don't spend too long admiring the gear you find because the Murdercane will be closing in at a quicker pace. And just a reminder: Borderlands 3’s next-gen upgrade is now available for Xbox Series X|S and PlayStation 5. All players who own or purchase both a copy of the game and a next-gen console will be able to download the upgrade within the same console family for free. Players who own a physical disc of Borderlands 3 will need the Xbox Series X or standard PlayStation 5 console model that includes a disc drive to take advantage of this feature.

Borderlands 3 is available now on Xbox One, Xbox Series X|S, PlayStation 4, PlayStation 5, Stadia, and PC via Steam and the Epic Games Store. For assets and additional information, please visit newsroom.2k.com or borderlands.com.

*Requires a copy of the base game to play. 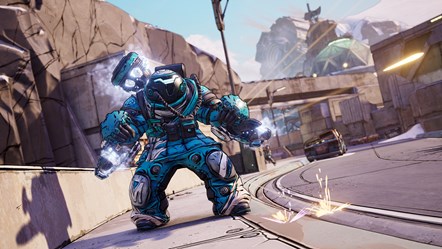 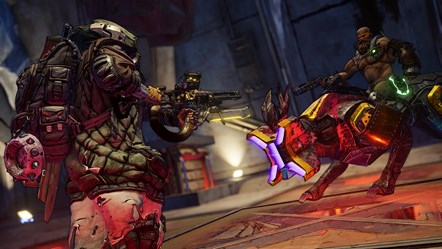 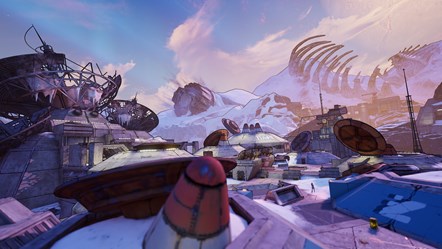 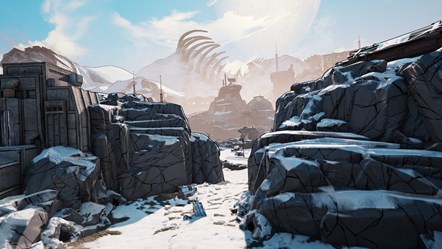 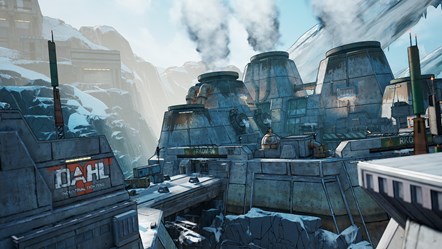